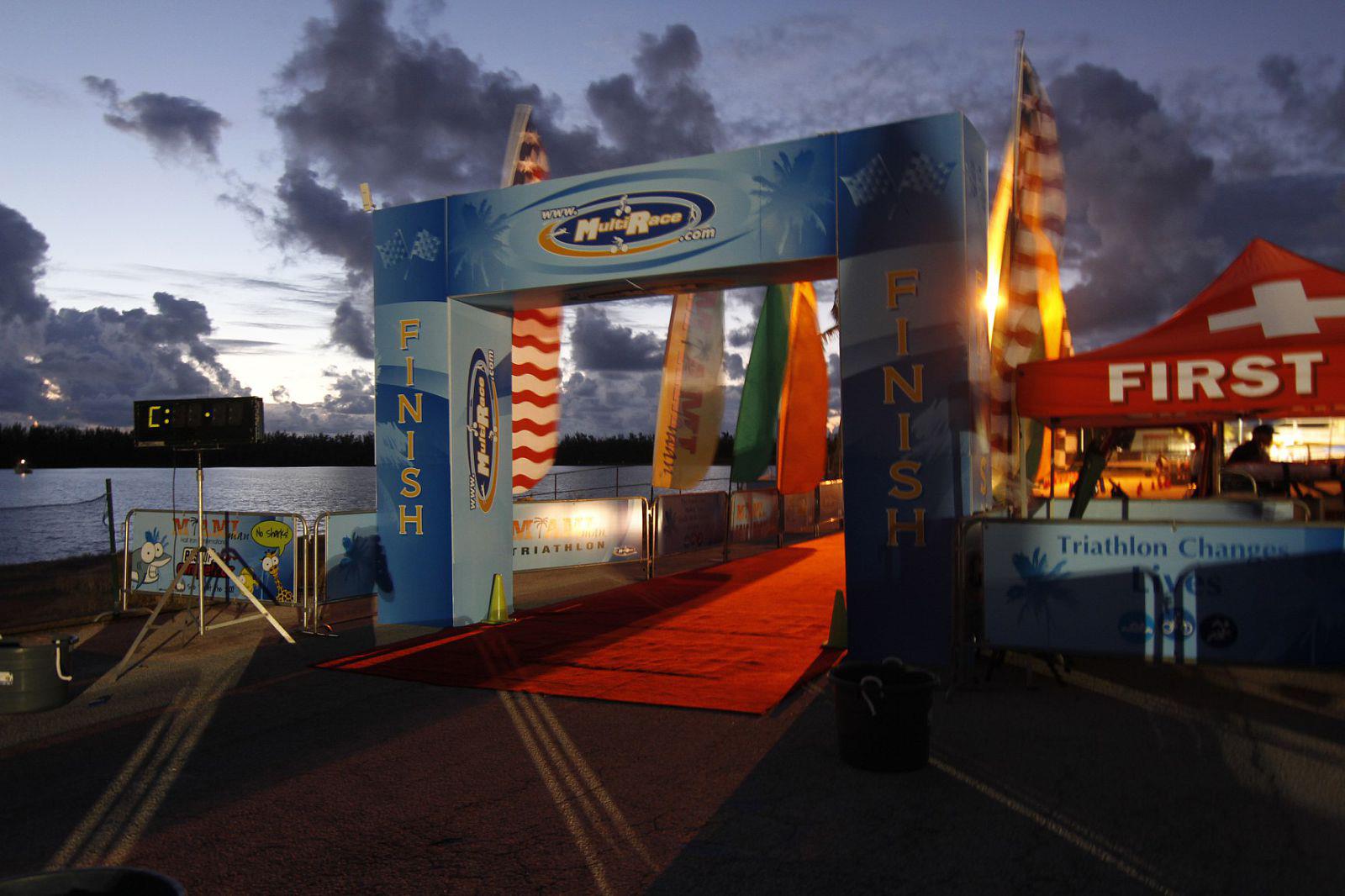 Race Event Technologies LLC, Began in 2013 as a Spinoff From Multirace.com.

Multirace.com was founded in 2002 by Rob and Mercedes Childers when the local mountain bike and duathlon promoters both left the business. Instead of thinking "that must not be a good business", Rob though "that sounds like fun" and stepped in to continue both series of events.

As with most things in life, organizing events turned out to be a lot more complicated that it first appeared from the outside. "Our first duathlon left much to be desired" said Rob. Faced with a tough decision, in order to put on quality events, Rob decided to give up his software programming position and go full time into race promotion.

The duathlons and mtb races were useful in allowing us to learn the business on a smaller scale, but once in the industry, we realized that triathlon was our true passion. Within a few years we dropped the mountain bike races and ran the duathlons along with the triathlons. This change of focus coupled with a continuous improvement philosophy in all areas of race production led to double digit growth annually for 10+ years.

One of our biggest advantages over other promoters was our technology. Using his programming skills, Rob wrote all of the race registration, timing, and business management software used by Multirace.com. We had database driven online results back in 2002. Amazingly today in 2016, most triathlons still have pdf or static html results!

Seeing such a huge technology gap and regional promoters losing ground to the behemoths with better technology, we decided to give up race promotion and dedicate ourselves to helping other race directors. So, at the end of 2013, Multirace.com was sold and Race Event Technologies was born. 2014 and 2015 were dedicated to rewriting and updating all of the software and creating systems that were far better than anything else out there.